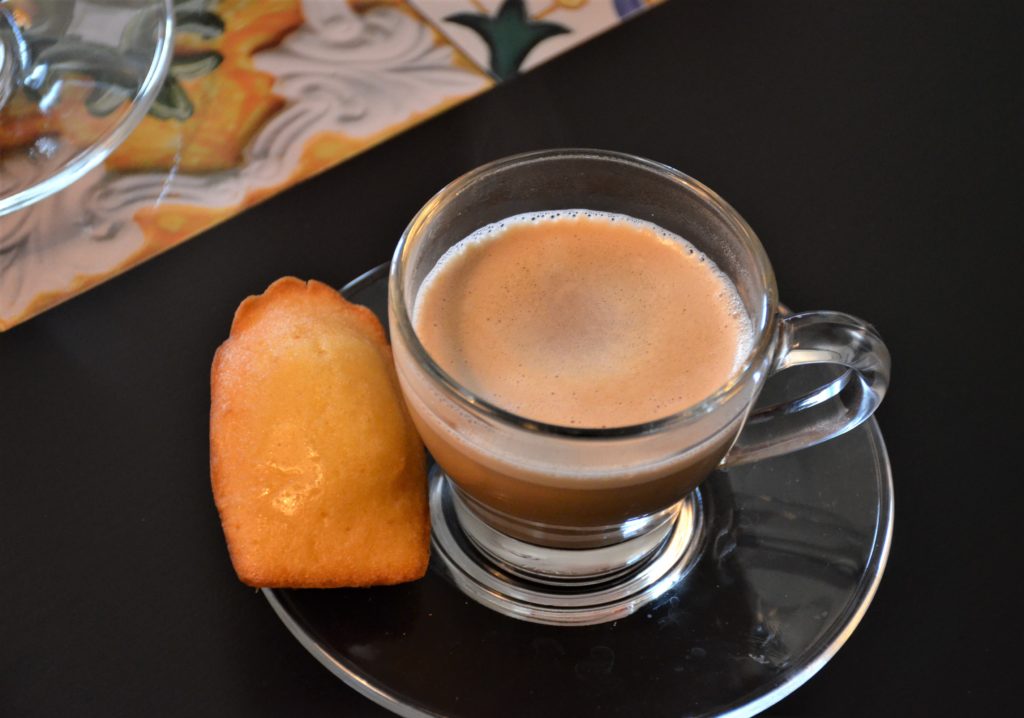 French sponge cakes with a shell shaped bottom, golden brown corners and a moist centre, known as Madeleines, are a great breakfast supplement or le goûter (tea-time) snack. They are delicate yet fulsome. Not as popular in the rest of the world yet but a must try if you can get your hands on one.

A madeleine like most cakes is made with flour, eggs, sugar and butter. It is the flat scallop shaped baking mold that makes it unique, also giving it the crusty edges and yellow glow. Sometimes referred to as a spongy cookie it can also flavoured with vanilla, lemon, orange or cocoa. Petite madeleine is the smaller version that is equally popular.

‘Madeleine de Proust’ in modern times is a common French expression to describe a brief vivid memory, especially one involving taste, based on the childhood memories that flood Marcel Proust when he eats a madeleine cookie dipped in tea, as mentioned in his autobiographical book À la recherche du temps perdu (“In Search of Lost Time” or sometimes published as “Remembrance of Things Past”).

My first memory of madeleine is from St Michel (a family run French business) which is by far the best packaged ones I’ve tasted. There are many legends behind the origin of madeleines, all claiming that is was named after a lady baker from the Lorrain region in north-eastern part of France where it was later commercially produced.