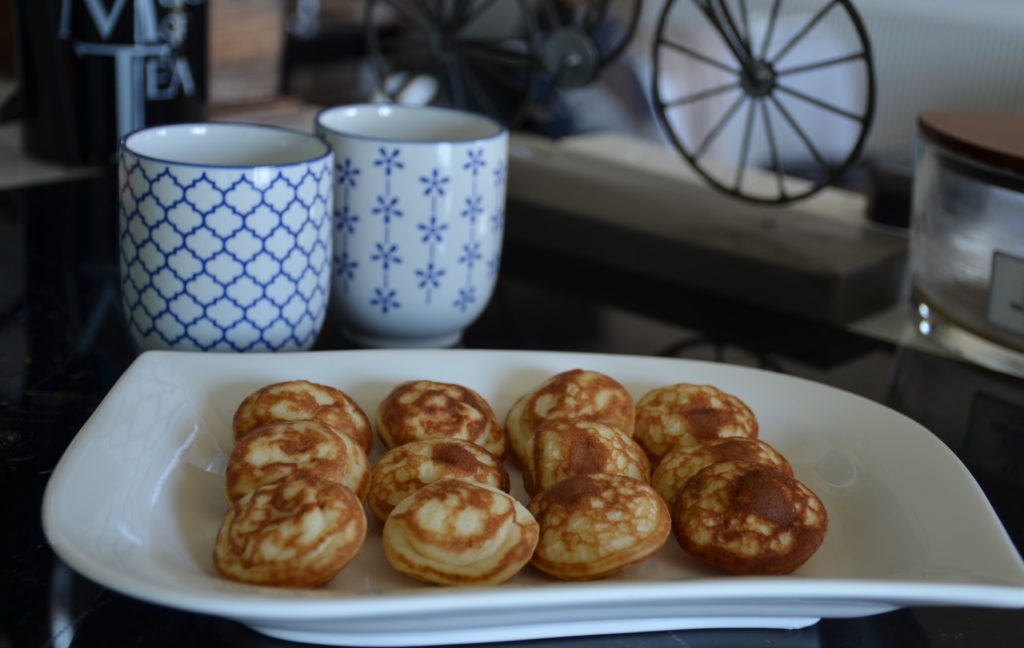 The concept of ‘pan’cake can be dated back to cave men times, making it one of the oldest known cereal food eaten by humans. This makes it hard to pin down on the exact origin of the many pancake variations including Poffertjes.

Popular belief is that they originated in a Dutch Abbey, as a sacramental bread offered for weekly communion. Wheat flour was at a shortage at the time due to the French revolution and thus the use of Buckwheat and yeast, resulting in spongy, airy, golden baked mini pancakes.

Poffertjes are best served with a squeeze of lemon and dusted sugar, but can also be enjoyed with any number of toppings similar to waffles or regular pancakes. It is catching up in popularity in the dessert genre but isn’t as widely available yet. So, if you go to Holland make sure you try them at a Pannenkoekenhuis.